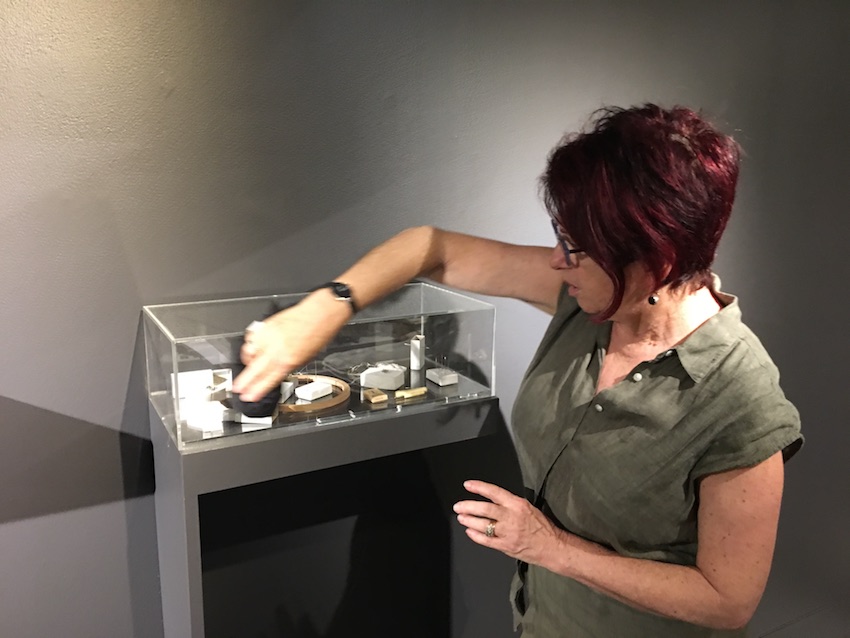 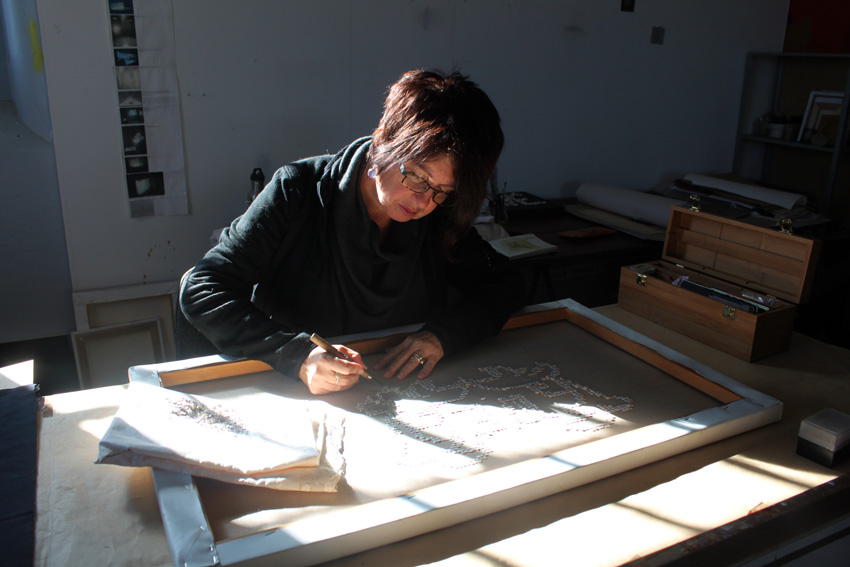 Sylvia Griffin is a multi-discipline contemporary artist with a practice ranging across sculpture, installation, textiles, video and photography. Her work addresses trauma, memory and history and is influenced by the Holocaust and the affect it has had on her family and others. She is particularly interested in the phenomenon of postmemory or second-generational trauma, and uses familial objects to lend a personal voice in challenging preconceived notions around identity, memory and the role of ritual. Her research considers artistic alternatives to the role that monuments and memorials have traditionally played in expressing grief and mourning, believing that ephemeral and alternative forms of art can aid in imparting meaningful remembrance and solace.

Sylvia’s studio work is materially diverse, often incorporating indexical notions of absence and the leaving of traces. This often involves those materials traditionally employed in memorial culture – such as metal and stone – and other forms including textiles and more fugitive examples such as hair, fire, wax and light. The relevance of time, memory and ritual are important aspects in this work.

Sylvia Griffin lives and works in Sydney, Australia. She holds a PhD from Sydney College of the Arts, University of Sydney and has exhibited in many solo and group exhibitions, awards and prizes both nationally and internationally, most recently in the B#Side War Project in Treviso, Italy. She has received various commendations, grants and scholarships, was the winner of the 2013 Willoughby Sculpture Prize, and has been shortlisted for several national awards.